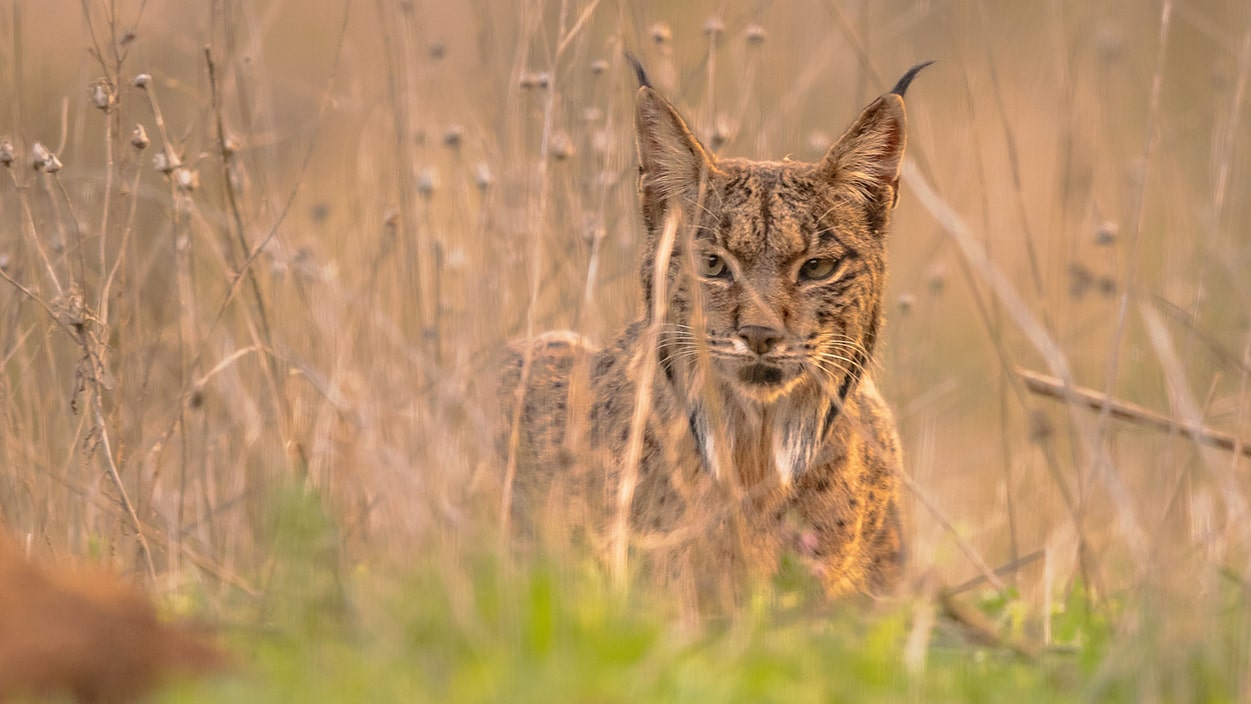 Have you ever noticed the expressions “vulnerable”, “endangered” or “extinct in the wild” which are associated with some species? The loss of biodiversity has made it more common to hear these classifications. Learn about the categorisation created by the International Union for Conservation of Nature, its meaning and importance in determining a species’ extinction risk.

When we hear about the extinction risk of a species, this risk has been determined by teams of experts—from biologists to ecologists and conservation specialists—who, after prior work on the history of occurrence and years of field observation, have assigned to that species a level of threat that is applicable in a certain region and at a given point in time, determined by internationally accepted criteria.

The criteria that allow us to determine extinction risk and the level of threat were established by the International Union for Conservation of Nature (IUCN), an organisation founded in 1948 that brings together official and non-governmental entities from over a hundred countries around a common objective: the global conservation of natural resources and biodiversity.

The criteria in question, followed by all red lists or books, assess elements such as the size and fragmentation of the populations, the number of mature specimens (reproducers), the geographical distribution of the species, and the area it occupies (and how this changes over time), threats and pressures, among other variables, based on which a probability of extinction risk is estimated, allowing the species to be assigned to one of three threat categories:

Some species included in this category:
In Portugal, the wildcat is one of the animals included in this category, according to data from the Book of Mammals of Mainland Portugal. As for plants, Rhaponticum exaltatum (formerly known as Leuzea rhaponticoides) is a “Vulnerable” (VU) species according to the Red List of Vascular Flora in Mainland Portugal.

When the species observed have sizeable populations and are present over large areas of their native territory, they do not fit into any of the previous categories. Depending on the evidence, the species can be considered as:

Designations are also given to species considered extinct:

Similarly, the category “Regionally Extinct” (RE) can be attributed when there is no doubt that in a given region the final remaining specimen of the species has died, although there are populations in other regions where it is native. One example is the brown bear (Ursus arctos) which, despite being considered “Regionally Extinct” in more than 20 countries where it naturally existed, has stable populations in vast expanses of the planet, so it has been globally classified on the IUCN Red List as a “Low Concern” (LC) species that is not at risk of extinction.

It should be noted that species lacking adequate and/or sufficient information to be directly or indirectly evaluated as to their risk of extinction are also identified with the classification “Data Deficient” (DD), and that additional relevant information is required for further evaluation. Examples of animals for which insufficient information is available are the stoat (Mustela erminea), the pine marten (Martes martes), and the common polecat (Mustela putorius). Similarly, species that have not yet been subject to the assessment criteria may be identified as “Not Evaluated” (NE).

The assessment carried out through these methods is an indicator of biodiversity at a global level. The information it provides supports the creation of conservation policies and actions consistent with the threat levels of species and habitats.

If the information collected on a local scale contributes to drawing up this global scenario, it is also essential to define regional, national and cross-border strategies that favour the preservation of species at greater risk of extinction and habitats in a more unfavourable state of conservation.

In the forests managed by The Navigator Company, this tool supports the assessment of impacts and their mitigation. It also helps classify areas of conservation interest, where active management measures are implemented to maintain and improve valuable natural habitats, as well as defining strategies to protect and, in some cases, support the proliferation of species that are under threat.

Many Portuguese will never have seen an Algerian Oak, and it’s easy to understand why: there are thought to be only around 300 in Portugal, an estimate that led the Red List of Vascular Flora of Mainland Portugal to classify it in one of the most worrying conservation categories – that of Critically Endangered Species.