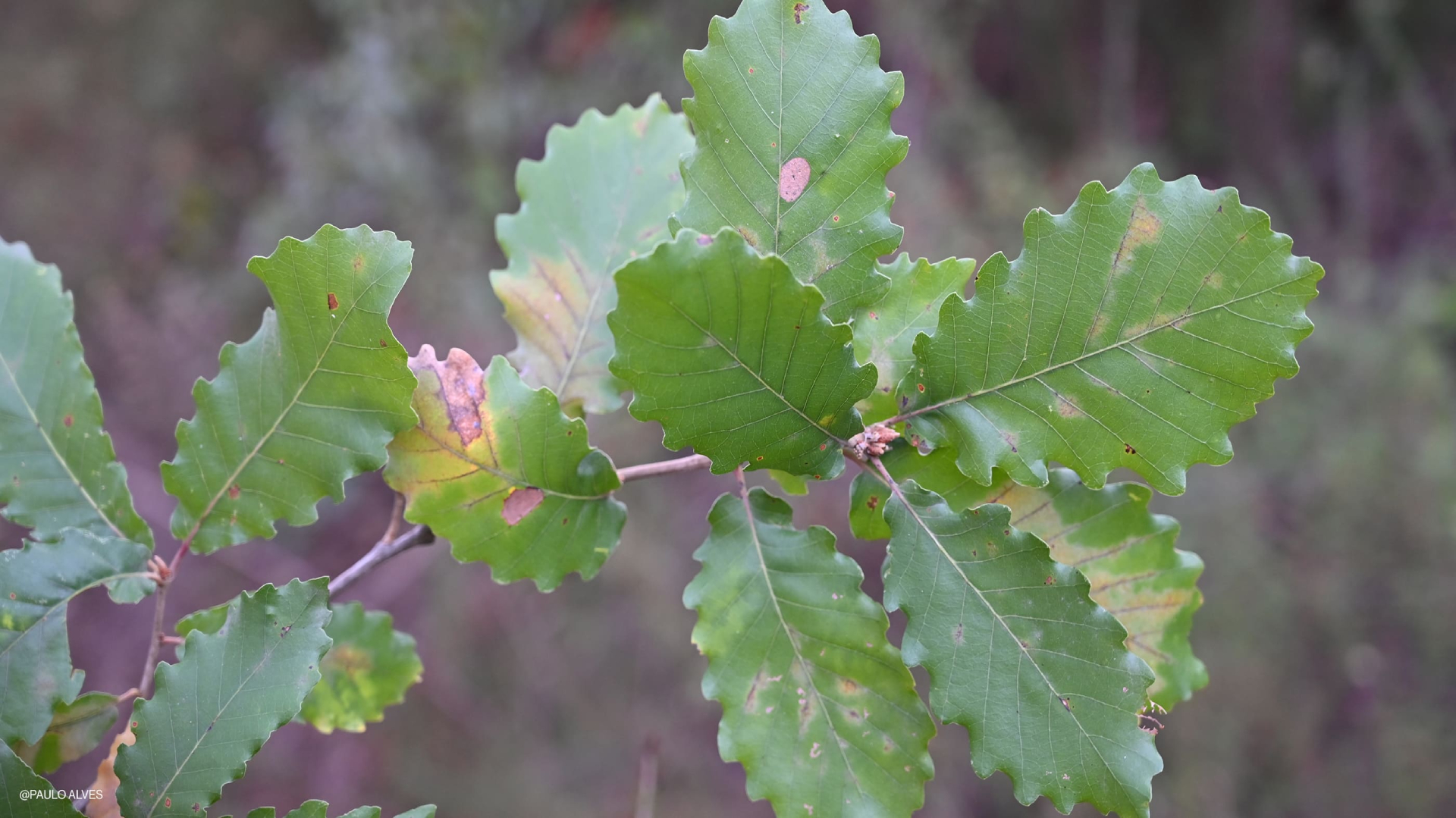 Many Portuguese may never have seen an Algerian Oak, and it’s easy to understand why: there are thought to be only around 300 in Portugal, an estimate that led the Red List of Vascular Flora of Mainland Portugal to classify it in one of the most worrying conservation categories – that of Critically Endangered Species.

Among the Quercus native to Portugal, this is the rarest and its risk of extinction is due to the reduced number of identified trees, the estimated decrease in populations in recent decades, and the absence of mature forests. “There are only small groves, with young trees, some decades old, but we don’t see dense and continuous groves of century-old trees”, stresses Carlos Vila-Viçosa, a botanist specialising in Portuguese Quercus.

The Algerian oaks that are known in Portuguese territory are restricted to the mountain range that gives them their Portuguese name (Monchique oak) and to the valleys of the Mira river basin, which flows into Vila Nova de Mil Fontes. In these areas, they benefit from a favourable climate: the proximity of the Atlantic, the presence of water lines and the steep slopes contribute to a greater temperature amplitude between day and night, with the formation of mist (hidden precipitation) that helps to maintain humidity levels in the valleys, even during the summer season.

The best time to see them is in spring, when they are in bloom, with male, yellowish flowers, in inflorescences that resemble small clusters (catkins), and tiny, discreet female flowers. At this time, the tree simultaneously has old leaves, dry and yellowed, and green, young leaves, which push out the previous ones (marcescent leaves). This coexistence allows the Algerian oak to maintain its crown, with long, serrated leaves, throughout the year. The fruits (acorns) ripen in autumn.

How we care for the Algerian oak

The Algerian oak is identified in two forest properties of The Navigator Company, in Marmelete (Serra de Monchique) and in São Teotónio (Odemira). This identification, a fieldwork project carried out with the support of Carlos Vila-Viçosa, is the first step towards signalling and protecting these trees.

“The identification of their habitats as Areas of High Conservation Value allows us, from the outset, to delimit them and establish areas in which the conservation and recovery of biodiversity is the primary objective”, reveals Nuno Rico, in charge of Biodiversity Conservation at the company, explaining that one of the actions developed has involved the restoration of the forests that constitute the habitat of these oaks, where there are also species such as the Portuguese oak (Quercus faginea), and other habitats and species that come into contact with it, such as cork oak and strawberry tree stands.

The recovery of these habitats promotes the natural regeneration of the Algerian oak, but given the rarity of the species, Navigator has also developed a plan to support its expansion: planting from acorns that grow in a nursery and are then returned to land, which was started in 2019 in Monchique.

Have you ever noticed the expressions “vulnerable”, “endangered” or “extinct in the wild” which are associated with some species? The loss of biodiversity has made it more common to hear these classifications. Learn about the categorisation created by the International Union for Conservation of Nature, its meaning and importance in determining a species’ extinction risk.