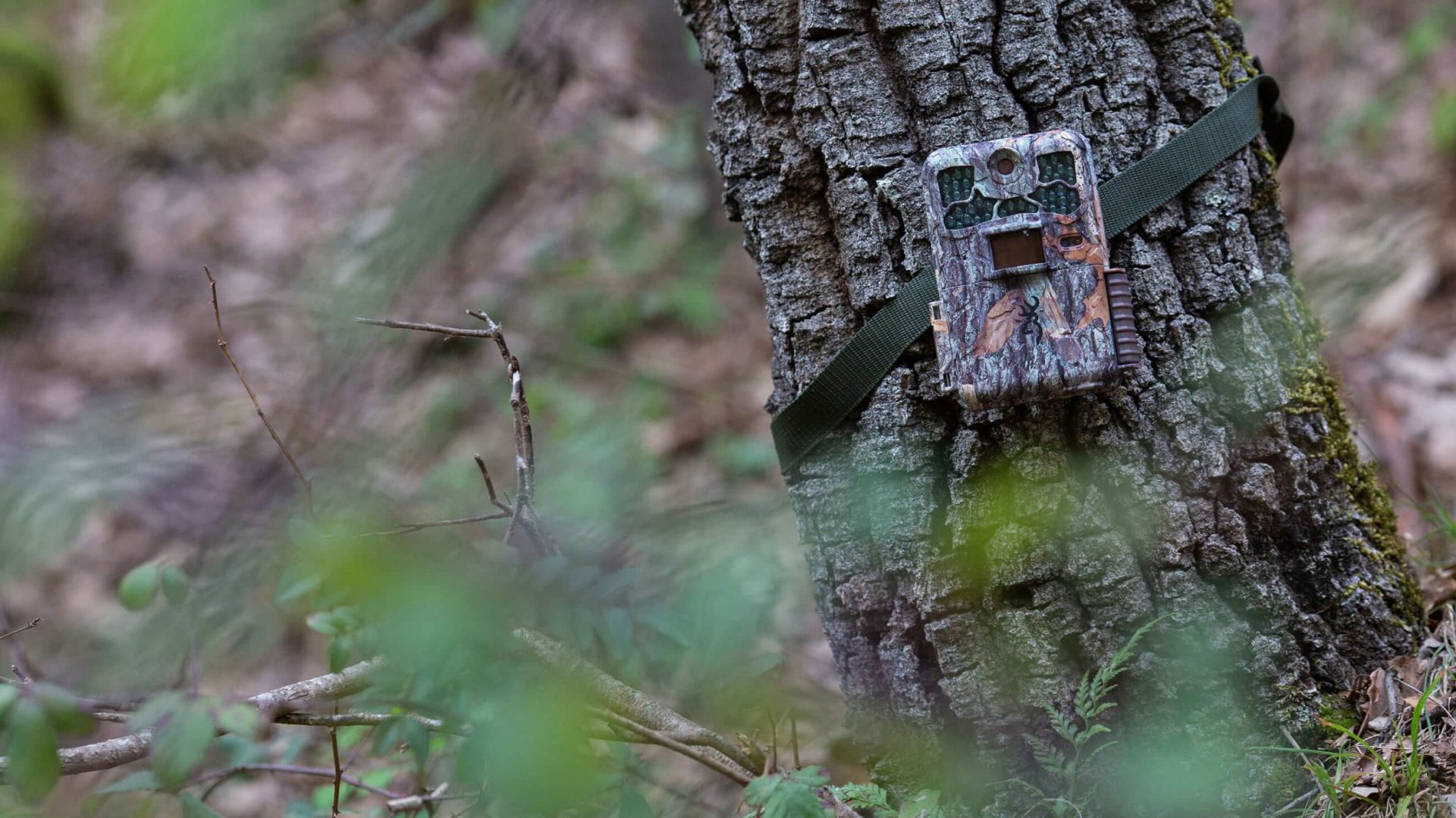 Depending on the order, family, and even species of mammal being studied, there are different techniques and tools that can help estimate their presence and abundance in a given territory. One of the most commonly used methods for identifying medium and large-sized mammals, such as wolves, foxes, deer, or wild boar, is photo trapping.

By using photo trapping – camaras automatically triggered by heat and movement -, it is possible to photograph or film the animals without creating any disturbances. It is even possible to capture footage of nocturnal animals using this method, which, in the case of mammals, are the vast majority. The cameras, which are relatively straight-forward to get hold of nowadays, have a strap which enables them to be attached to trunks or branches and the type of recording required—photo or video—is defined in advance.

Other techniques can be used to identify smaller mammals whose characteristics are more difficult to discern using photography or video, either individually or in a supplementary way to photo trapping. This is particularly the case with capture traps. Despite their name, they are harmless: they resemble small cages, where the door closes when the animal enters. Among different models, Sherman traps (for smaller animals such as mice) and Tomahawk traps (for slightly larger animals such as wild cats) are the best known.

Unlike camara trapping, that can collect images of several animals (and different species) in its ‘field of view’, each trap only collects one mammal at a time and requires more regular monitoring. However, with a trap it is possible to observe, weigh, and measure the animal, as well as collect other biometric data. If necessary, it also makes it possible to mark it (by placing a microchip, ear tag, or tattoo) and collect biological samples (for example, blood or hair) to find out more about it.

Different approaches serve different objectives, but when the purpose is to deepen our knowledge of a given species and its populations, these techniques and equipment can be combined and many others can be added to them. These range from the observation of structures that indicate the presence of animals, such as their nests, to the collection of samples of droppings or even of saliva left on prey remains (which makes it possible to identify who captured it). Genetic analysis of these samples may provide clues to rather more complex issues, such as gene flow (crossbreeding) between different populations.

The combination of different techniques has also helped to identify flying mammals, such as bats. Direct observation, vocalisation capture using an ultrasound detector and a digital recorder, for example, and direct capture or capture using instruments such as mist nets, canopy nets, or harp traps are examples. When using the latter method, while attempting to pass through wires, bats fall into collecting bags.

Mist nets are one of the tools most used for studying bats (and also birds). They are made of a very fine mesh and are easily placed between trees at a short distance from the ground, becoming almost invisible and trapping animals that pass through them. The method involves regular monitoring to prevent bats breaking free or injuring themselves.

Unfortunately, these same nets, which provide an aid to the knowledge brought to us by biologists, ornithologists, and conservationists, have been used in some countries for the illegal capture of bats and birds, which are then sold on the black market.

How do we identify animals in Navigator forests?

The Navigator Company conducts an annual monitoring programme using sampling in areas recognised as being of outstanding natural importance, such as those where endangered and protected species and habitats have been identified.

This assessment work is supported by specialised external partners and makes use of the Rapid Biodiversity Assessment, a methodology that carries out the physical and biotic profiling of a given area over a relatively short period of time. In this context, several different approaches are applied.

For the various groups of wildlife, observation and listening points are set up, and an active search is carried out for animals and signs of their presence, which are marked using georeferencing (GPS). Whenever possible, this information is supplemented using transects—defining strips of land in the vicinity of the marked points (and/or consecutive points) along which the animals sighted are recorded and counted.

During this work, several of the aforementioned instruments are applied. For the identification of mammals, camera trapping is one of them. Nuno Rico, head of biodiversity conservation at The Navigator Company, explains why: “Mammals rarely appear during the day and they hide when they sense the presence of humans, so camera trapping enables us to record them at night”. He goes on to add that “at the very least, the cameras have to stay in an area for about 14 days to get an approximate idea of the species that live there. In Vale de Beja, for example, we had cameras that stayed for three months and took pictures all the time.”

Other instruments have also been used in specific scientific projects in which Navigator is involved. For example, at WildForests (which studies mammals in planted forests), capture traps are being used to study small mammals (pictured above).

In the case of Quinta de São Francisco, an iconic estate dedicated to the conservation and promotion of its historical and natural heritage, monitoring of biological diversity of both wildlife and vegetation has also been carried out. Some of these activities used the estate’s own resources and others had the support of external specialists, for example, from the University of Aveiro. Photo trapping is one of the techniques used, but many others are used in conjunction with it, depending on the group of creatures being studied. For example, in the first entomofauna (insects) survey, which took place in 2022, sweep nets, pitfall traps, and chromotropic traps were used, among other tools suitable for the study of these small flying creatures.