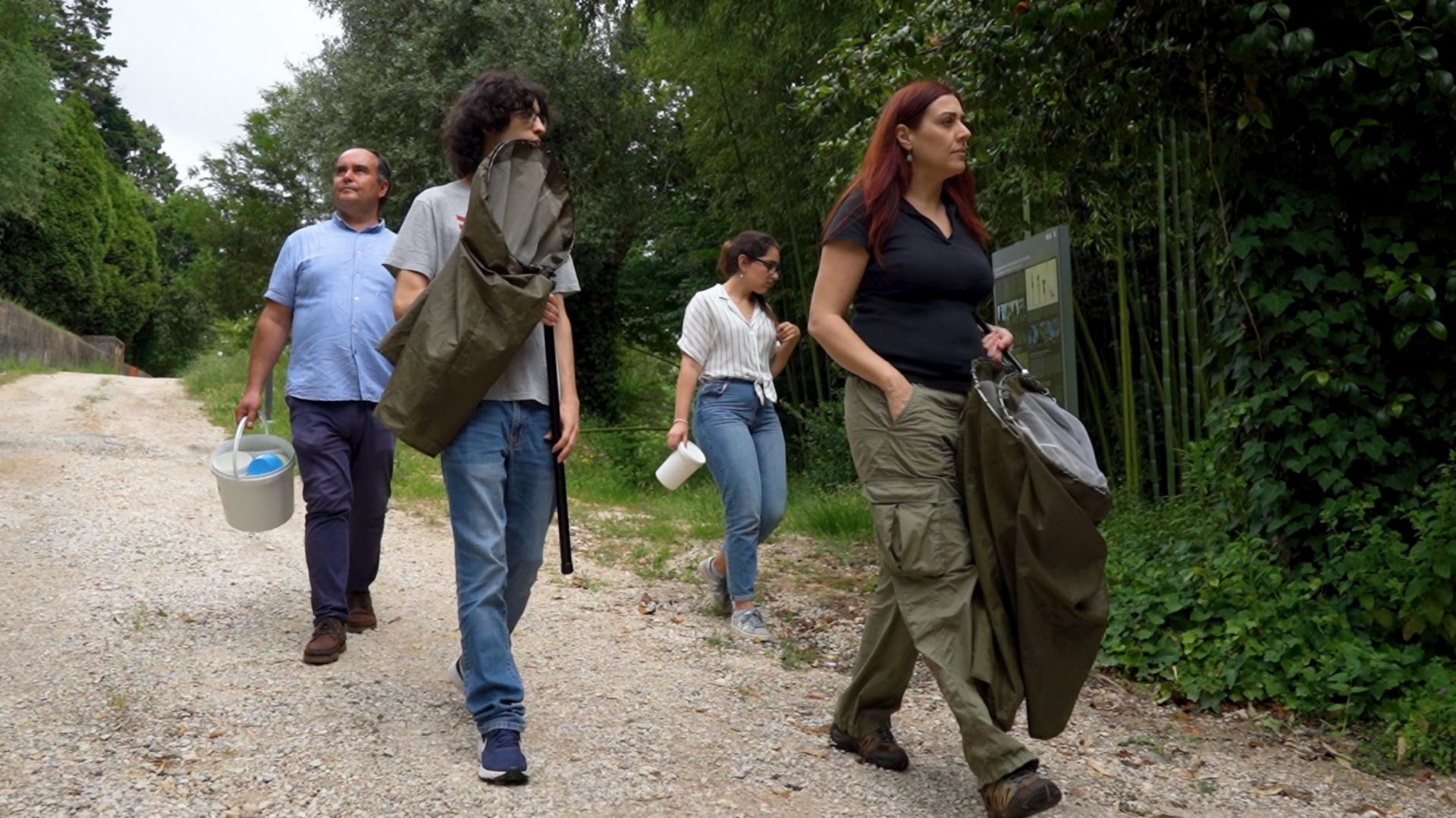 In addition to their well-known contribution to pollination, insects perform many other essential functions for ecosystems, from biological pest control to nutrient recycling, not forgetting the nutrition they provide for many other species. Understanding insect communities and the changes in them is critical to understanding and improving the balance of ecosystems.

It was with this idea in mind that Quinta de São Francisco, near Aveiro, launched its first entomofauna survey. Identification began during one of the periods of greatest insect activity – spring – and the work (which continues into the summer in the laboratory), is in the hands of Bruna Rodrigues and Rafael Santos, two biology students, supervised by their entomology lecturer Olga Ameixa, also a researcher at the Department of Biology and the Centre for Environmental and Marine Studies (CESAM) at the University of Aveiro.

“We talk a lot about the decline of biodiversity, but little is done in practical terms to work on more classical identification skills, such as dichotomous keys, which allow us to identify trickier species”, says Olga Ameixa, stressing the importance of recognising these less common species.

Under this premise, several harmless methods of capture were applied, including entomological nets, pitfall traps, and chromotropic traps, and six sampling points were established to reflect the diversity of habitats at Quinta de São Francisco. As a result, “we saw lots of scarab beetles (from the Scarabaeidae family, which includes scarabs and beetles), but also many bees and cicadas,” says Bruna. Among the most common species already identified are water beetles, butterflies and moths (lepidoptera), dragonflies and damselflies (odonata), flies and mosquitoes (diptera), and many bugs from the hemiptera order. One species previously not known to live on the estate is the scorpion-fly (Panorpa meridionalis).

“The fact that we are in a rural area and on an estate with a variety of different types of habitat means that we are able to find a greater diversity of insects,” says the student. For Olga Ameixa, this is an important point to take into consideration: “when there is a great diversity of habitats more or less close to each other, biodiversity is enhanced and that is what we have found”. The most important conclusion to be drawn, she stresses, is that the biodiversity of insects is enhanced by the presence of various species of flora in the same space.

A voyage of discovery for biodiversity

João Ezequiel, curator of Quinta de São Francisco, has provided on-site support for this initiative, which he describes as a “voyage of discovery, both in terms of methods and new species”. He explained that the RAIZ research institute, located at Quinta de São Francisco, has received several interns from universities over the years, but that this was the first time he was working with two university students to catalogue the insects present here.

The contribution of these students helps to better understand life on the 14 hectares of the estate and, as a result, enables us to define management practices that best foster the presence of so many forms of life, he said. Moreover, insects are good bio-indicators, so the results can reveal clues about other taxonomic groups (other species, genera, families, orders, etc.).

Given that the main objective of Quinta de São Francisco is conservation management, practices that seek to maximise biodiversity are very important: “for example, close to the watercourse, we have re-established the riverside habitat and we already have many species of birds and insects that come to feed there”, explains João Ezequiel, concluding that “biodiversity has increased and will continue to do so”.