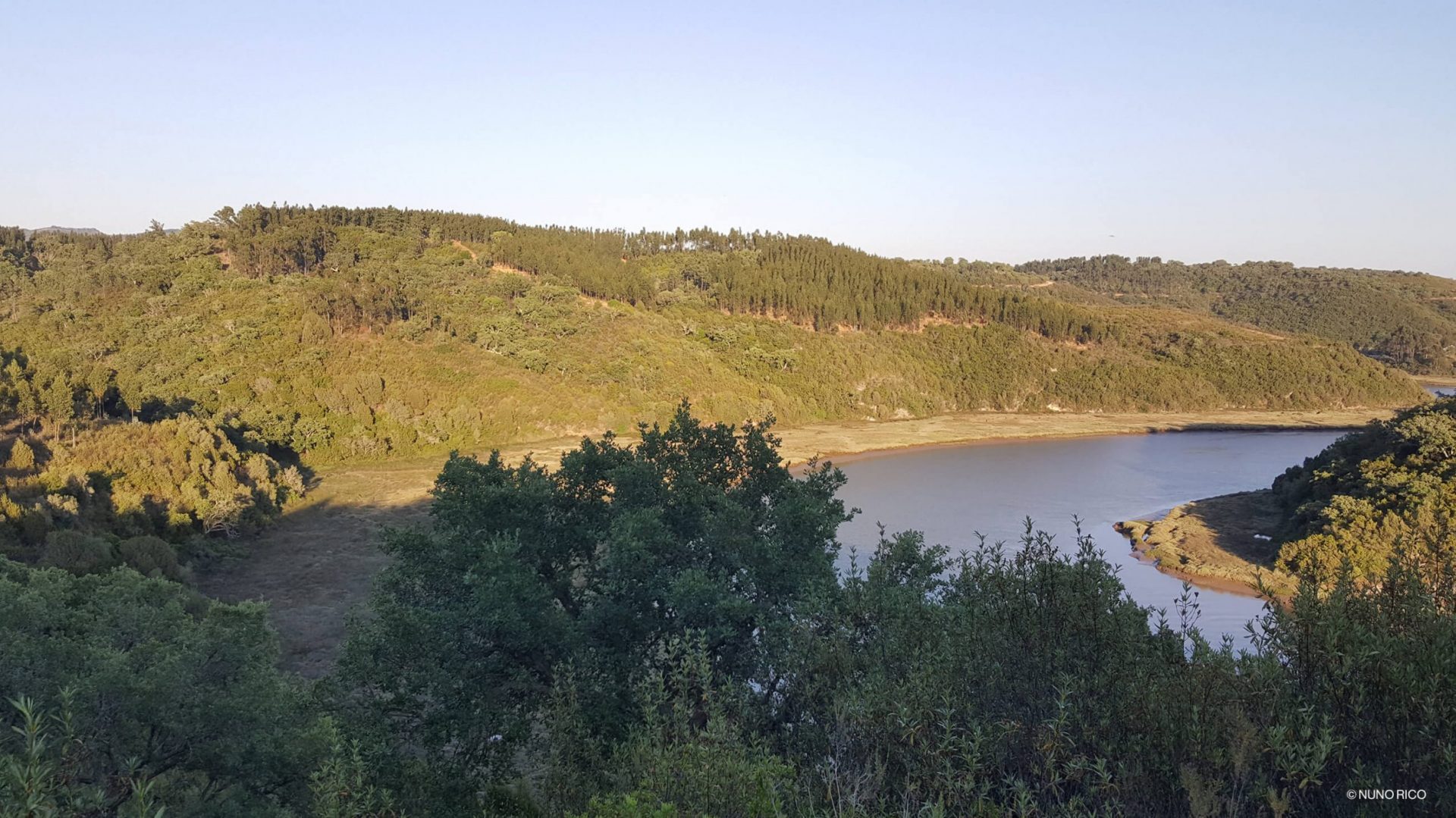 Cade (Juniperus oxycedrus), Juniperus turbinata subsp. turbinata, Juniperus navicularis, and the common juniper (J. communis) — the latter comprising two subspecies, alpina and hemisphaerica — are the juniper species that grow naturally in mainland Portugal. These are species that date back to ancient formations, which have become rarer due to human activity, but remain central to a range of natural habitats of conservation interest (listed in Annex 1 of the Habitats Directive).

This is the case with “the scrubland thickets of Juniperus spp.” (Habitat 5210), which can be found in rocky areas—gorges dug by rivers and coastal cliffs—where cade junipers and Juniperus turbinata prevail or are prominent. For example, significant cade juniper communities can be found on the ridges and slopes that enclose the Douro and Tagus rivers in the regions by the Spanish border. Meanwhile, Juniperus turbinata is found mainly on the coast, between Sintra and Santa Cruz, in the Serra da Arrábida, Cabo Espichel, Southwest Alentejo and the Vicentina Coast, Serra de Monchique, and along the southern coast of the Algarve (Barrocal).

The juniper forests covered by the Habitats Directive also include the “Endemic forests of Juniperus spp.” (Habitat 9560), where the cade juniper and the Juniperus turbinata typically grow alongside cork oaks (Quercus suber) and holm oaks (Quercus rotundifolia). The mixed groves that persist in these formations are usually not very accessible and are located in narrow valleys and on steep slopes. The areas of Portugal where this type of habitat can be found are similar to those mentioned above.

The Juniperus turbinata and the Juniperus navicularis are also significant and dominant species in the “Coastal dunes with Juniperus spp.” (Habitat 2250). These juniper groves near the sea can be found in various areas of coastal scrubland and dunes on the Portuguese Atlantic coast, including the area south of Figueira da Foz, in Peniche, Sintra, Troia, and along the Vicentina Coast for example. In the Sado River basin, Juniperus navicularis formations can be found. This species is endemic to the Iberian Peninsula and does not occur anywhere else in the world. Besides the intrinsic value of these species, the need for conservation of this type of juniper grove is reinforced by its importance in the formation of dune habitats and the role they play in feeding and shelter for the many animals that inhabit them.

How do we take care of juniper groves?

In the sandy soil of Monte Feio (near Sines), owned by the Navigator Company, the so-called grey or secondary dunes are prevalent, and among the 69 plant species identified there is the Juniperus turbinata (J. turbinata subsp. turbinata). A bit further south, on the Roncão estate (top photo), Juniperus turbinata grows on the slopes near the mouth of the River Mira, while in the north of the country, in the Mogadouro area, cade junipers can be spotted.

Across all of these estates, juniper trees share space with dozens of other plant species, from more common ones such as pine trees, holm oaks, cork oaks, and strawberry trees, to endemic and rarer ones, such as the Santolina impressa and the Portuguese crowberry (Corema album). Together across diverse scrubland and woodland, these species create inviting conditions for hosting and feeding multiple animals, from small mammals and reptiles to a vast array of birds.

The Navigator Company is committed to preserving and sustaining these valuable natural habitats, which is why soil tillage that could endanger communities of protected species is avoided. Only selective vegetation control measures are implemented as part of necessary fire prevention efforts and to maintain or, where necessary, improve the conservation status of these habitats.

It should be mentioned that at Quinta de São Francisco, near Aveiro, there are also some young Juniperus turbinata specimens, which were introduced in 2017. They can be seen amidst the bushy vegetation that lines the paths.