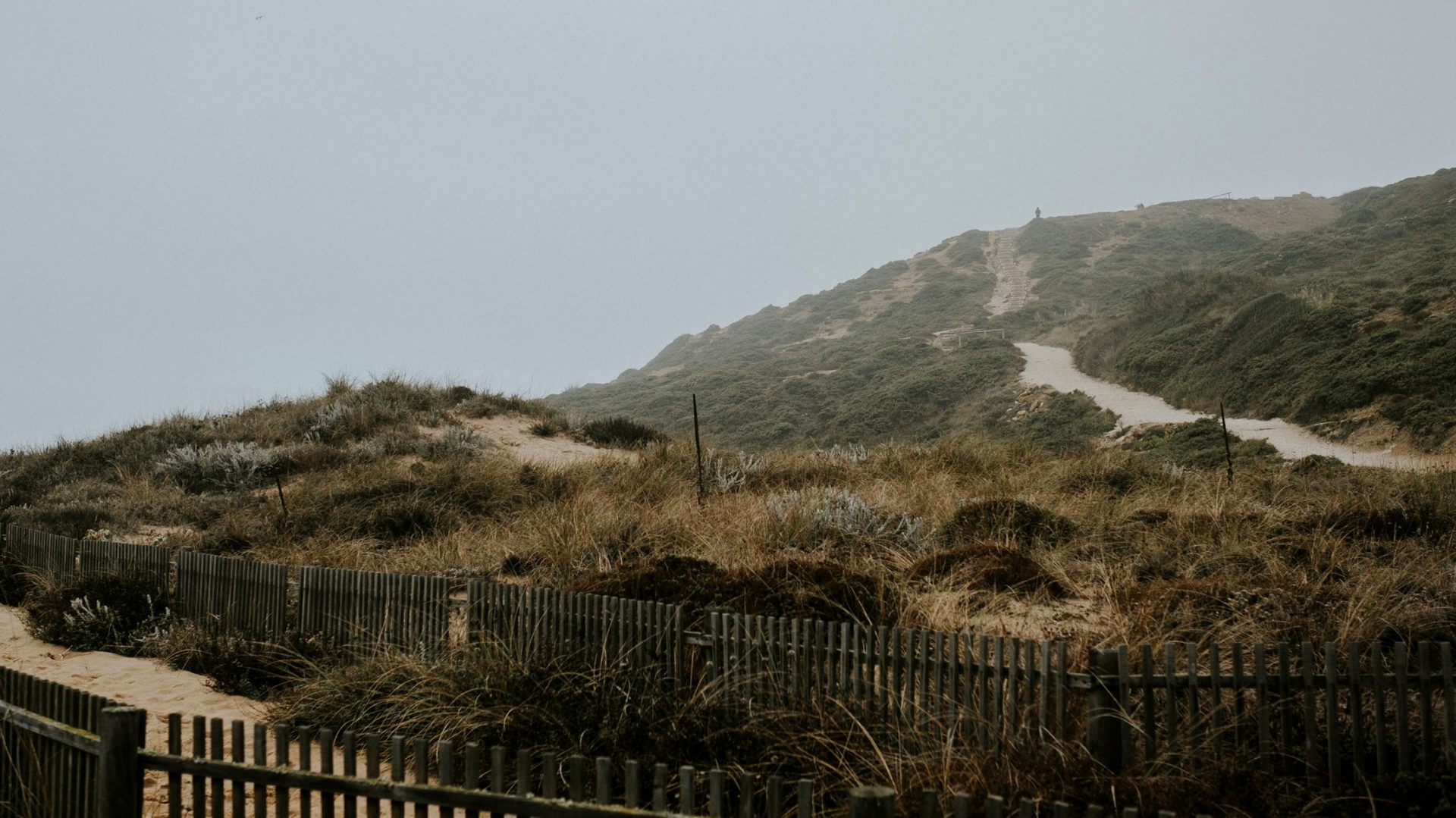 Mainland Portugal has more than 900 kilometres of coastline facing the Atlantic Ocean. About half of the coast is made up of rock formations while the other half is protected by dunes. To the west, the coastal dunes extend from Espinho in the north to Vila Nova de Milfontes in the Alentejo, with some interruptions, and dunes are also common in some areas of the Algarve coastline.

All of these dunes constitute a living and extremely dynamic system, which is formed and moved by sediments transported and deposited by the wind. As long as the terrain permits it, they may spread over extensive areas, creating a natural barrier parallel to the coast (an important ecosystem service), and continue inland for kilometres.

Whenever the wind subsides and the sand settles, the coastal plants – small herbaceous species – begin to take root. It is these plants that help create the primary dune (also called the white or mobile dune). Beach grass (Ammophila arenaria subsp. arundinacea) is one of the dominant species here, responsible for stabilising the sands, but others are equally common, such as sea spurge (Euphorbia paralias), Crucianella maritima, and the cotton weed plant (Otanthus maritimus).

The vegetation becomes more abundant and diverse in the depressions of these dunes and interdune areas, which are more sheltered from the wind and may accumulate water, and where the finer sediments and organic matter enrich the soil. Here, small shrubs are also common (some can also be seen on the primary dune), such as Artemisia campestris subsp. maritima, and Thymus carnosus, the latter being more common in the south of the country.

The biodiversity of the vegetation changes in what are known as secondary or grey dunes, due to the greater presence of organic matter in the soil, with larger shrubs and trees common in the elevations and depressions. Here, pine forests have been planted to halt the advance of the sands towards the interior. Maritime pines (Pinus pinaster) and stone pines (Pinus pinea) coexist with many other species of wild plants, from the Portuguese crowberry (Corema album) and the firetree (Myrica faya) to the Juniperus turbinata, as well as the narrow-leaved mock privet (Phillyrea angustifolia) and the mastic (Pistacia lentiscus).

When vegetation develops and covers the sands, the secondary dunes shelter small mammals and, closer to the sea, it is more common to see insects, including dragonflies, butterflies, grasshoppers, crickets, beetles, and scarabs, as well as arachnids, and sometimes amphibians and reptiles. But in the dune ecosystem, birds are the main species and their diversity is surprising. There are species that come from far away to spend the winter, such as the northern gannet (Morus bassanus) and the great cormorant (Phalocrocorax carbo), or those that come to enjoy the summer, such as the common tern (Sterna hirundo) and the greater short-toed lark (Calandrella brachydactyla).

On the primary dune, you can see the Kentish plover (Charadrius alexandrinus), the little tern (Sternula albifrons), and the crested lark (Galerida cristata). In the grey dune area where the forest begins, it is frequently possible to spot robins (Erithacus rubecula), countless tits, and even birds of prey, such as sparrowhawks (Accipiter nisus) and goshawks (Accipiter gentillis).

Several of these species are protected in Portugal, as are the dune systems that serve as their habitat, such as the São Jacinto Dunes Nature Reserve or the Troia Dunes Botanical Reserve, part of the Sado Estuary Nature Reserve. The Natura 2000 Network Sectoral Plan includes multiple dune habitats, from embryonic mobile dunes (habitat 2110) to dunes with Pinus pinea or Pinus pinaster ssp. atlantica forests (2270).

How do we care for dune habitats?

Several dune habitats of Community interest listed in the Habitats Directive (Annex I) have been identified in Monte Feio, belonging to The Navigator Company, which is located near Sines:

In the grey dunes and sandy soil of Monte Feio, a total of 69 species of plants have been identified, 14 of which have protected status, and 18 species of birds, all protected by different international conventions – Habitats, Bern, Bonn, or CITES. In addition to the plants mentioned above, others have been sighted, such as Mediterranean buckthorn (Rhamnus alaternus), Asparagus aphyllus, Halimium halimifolium, and Sesamoides purpurascens, and birds such as sparrowhawks (Accipiter nisus), carrion crows (Corvus corone), and the great spotted woodpecker (Dendrocopos major).

Amongst the measures to preserve them and maintain or improve habitats, soil mobilisation activities are avoided, and the selective control of vegetation – to defend the forest against fire – is carried out using motorised manual means and in alternate locations over time.

Increasing the environmental value of the natural and semi-natural forest habitats of Zambujo, a Navigator property located in Idanha-a-Nova, in the heart of the International Tagus Natural Park, is the aim of the Zambujo reCover initiative, which will undertake the ecological restoration of an area equivalent to about 150 football pitches.