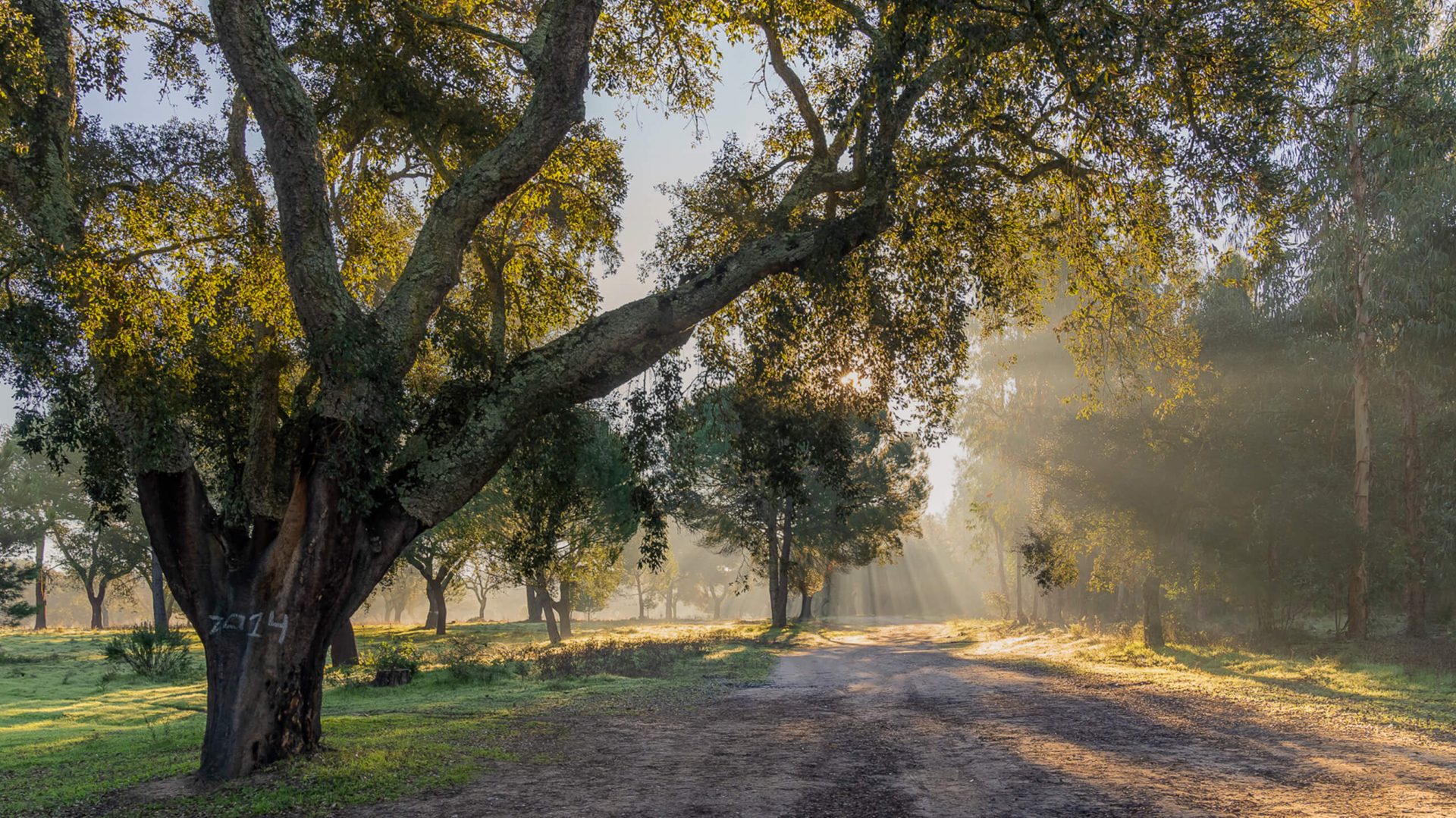 The cork oak, an emblematic species of Portuguese landscapes, was one of the first protected trees in the world. This status dates back to at least 1546, when Portugal’s King John III forbade it from being cut down and used for charcoal or ashes in the soap houses of the Ribatejo.

The cork oak is an evergreen, slow growing tree, which can live for more than two centuries and grow to a height of 25 metres. Very common in Portugal, it is easily recognised by its thick bark (i.e., cork) with a cracked and rough surface and by its fruit, the acorn, two agroforestry products which have long been valued.

This species grows naturally in several western Mediterranean countries, including Portugal, which has the largest area of cork oak in the world: 720,000 hectares, equivalent to 22.3% of Portuguese forest, according to the 6th Forest Inventory. Although cork oaks can be found from the north to the south of Portugal, over 600 000 hectares are located in the Alentejo, where the agroforestry landscape known as ‘montado’ predominates. This is an understandable location as the cork oak has developed characteristics that enable it to live with high temperatures and water scarcity.

The cork that covers its trunk and branches also makes it more resistant to fire, reinforcing its ecological value. The species is a significant habitat and food source for dozens of wild and domesticated animal species.

In addition to the cork oak’s ecological value, it is also economically important, in particular due to the production of acorns and cork mentioned above. Its fruit has a long tradition as food for animals, although today it also has various applications in human nutrition, while extraction of cork dates back to Roman and Greek times. Used since ancient times as a floating and sealing material — cork stoppers are still its best-known application — today cork has countless other uses, whether in civil construction (thermal and acoustic insulation), in footwear and fashion or even in the aerospace industry.

To preserve these multiple uses, the cork oak is a protected species and is one of the habitats recognised in the Natura 2000 Network Sectoral Plan: it is the dominant species in the natural habitats of Quercus spp. evergreen Montados (6310) and in Quercus suber Forests (9330). In 2011, it was named Portugal’s national tree.

How are we taking care of the cork oak?

The cork oak is a common species at several properties belonging to The Navigator Company, especially in the South (Alentejo, Algarve, Lisbon and Tagus Valley), such as at Espirra (Palmela and Vendas Novas), Alfebrinho (Alcácer do Sal) and Águas Alves (Monchique), but also in Central Portugal, as is the case at Quinta de São Francisco (Aveiro).

Cork oaks can be found growing alone and in small stands, as well as associated with other species, such as the eucalyptus, and can be found on about 1,000 hectares of land. As well as this area, the Navigator also has a very large expanse of cork oak and holm oak forest, totalling 3,900 hectares, where the species is predominant.

Each cork oak is given individual protection through the creation of a buffer zone which surrounds it. Within this area there is no tillage of the soil, in order to protect its roots. Moreover, the whole area of cork oak forest and cork oak groves is also subject to specific management measures and operations, which include stripping, pruning, and grazing by sheep, as well as phytosanitary and fire protection measures. Thickening and planting are other examples of forestry operations carried out to improve the conservation status and size of these habitats.