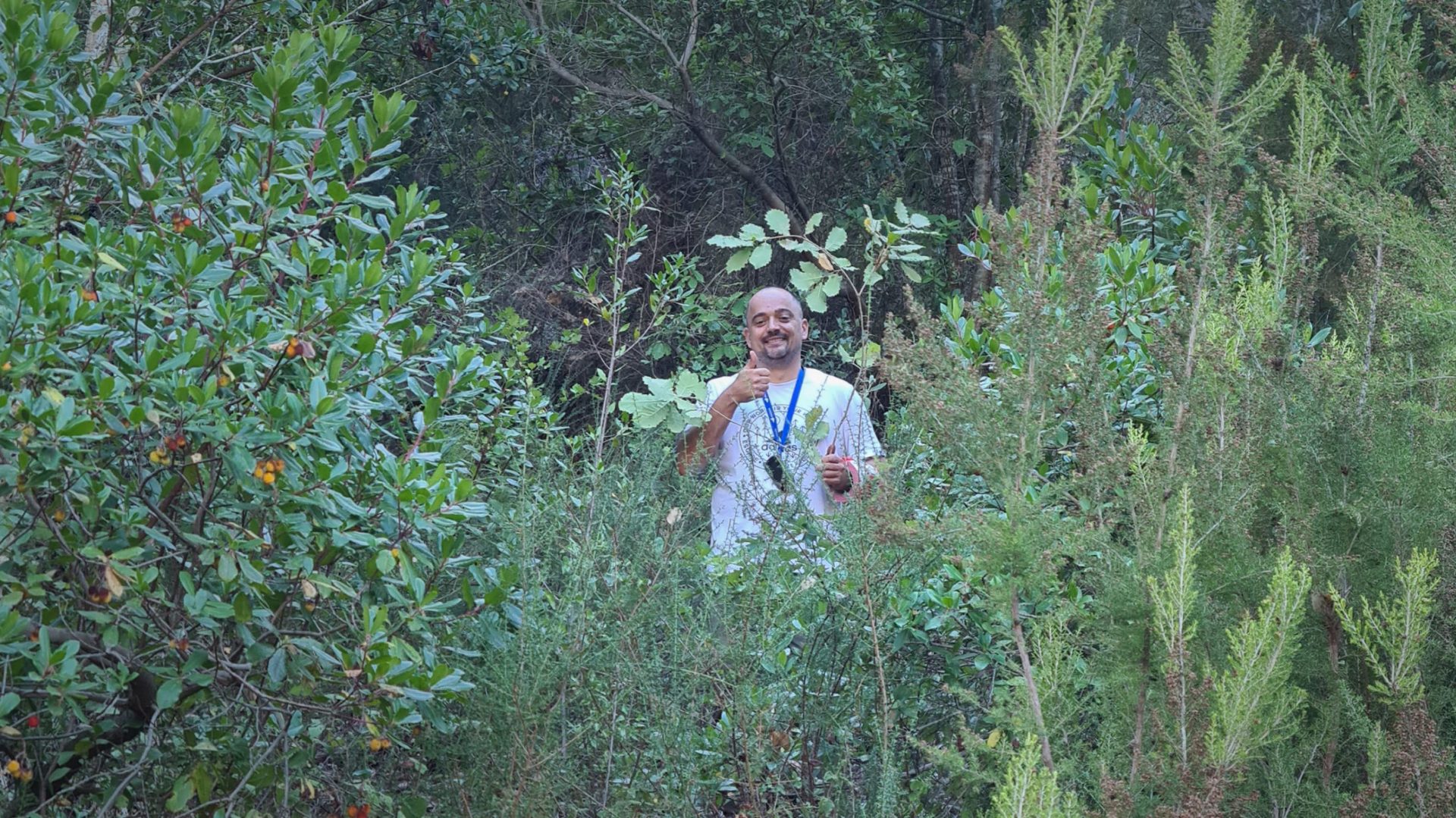 Rewriting the history of Portuguese Oaks

Eight native species of oak trees are usually described in Portugal, but the analysis of molecular data is rewriting the history of Portuguese oaks, says botanist and researcher Carlos Vila-Viçosa.

Determining the species or subspecies of a given living being has historically involved the analysis of its observable characteristics – physical forms, distribution area, ecology, or bioclimatic zone, for example. The concept of species and subspecies has therefore involved a high degree of subjectivity that can now be reduced thanks to new knowledge and technologies that range from genetics to information technology.

This is what Carlos Vila-Viçosa, botanist and researcher at CIBIO-InBio, Museum of Natural History and Science of the University of Porto and Biopolis, has been doing for a long time. He has long been dedicated to getting to know the trees and shrubs of the Quercus genus (common oaks, cork oaks, and similar), in particular those native to the Iberian Peninsula, including the Portuguese oaks. Together with other Portuguese and Spanish botanists and ecologists, he is using the analysis of molecular markers (markers in the DNA, where the unique characteristics of each individual and hereditary features are encoded) to describe them. And these objective data are telling a different story about several Portuguese oaks.

“Our data show that there is such a large molecular divergence between certain species and what were until now considered their subspecies, that the subspecies have to be re-classified as species”, says Carlos Vila-Viçosa, giving as examples Quercus estremadurensis and “our” Common oak from the Minho region and the Northwest of the Iberian Peninsula – Quercus broteroana – both traditionally classified as subspecies of Quercus robur.

Field and laboratory work has also revealed new hybrids: “we observed 23 hybrids, three of which had never been discovered in the wild in Portugal”. One of them, for example, is the result of a cross between Lusitanian oak (Quercus lusitanica) and holm oak (Quercus rotundifolia) and will be named Quercus x alvesii, “in honour of the work of Portuguese botanist Paulo Alves”.

The discoveries have been shared with the international scientific community in articles and conferences for some years now, but changing established canons is not easy and takes time.

As Carlos Vila-Viçosa says, in the 1930s, German botanist Otto Schwarz (1900 – 1983) had proposed changes in the then current taxonomy of the Iberian Quercus and even new species – namely, Quercus estremadurensis, which he observed in the areas of Sintra and Coimbra. But being a foreigner questioning the Iberian authorities on the matter, his theories were rejected. French botanist Aimée Camus (1879 – 1965) considered it a subspecies, and her proposal was accepted, despite the criteria being poorly supported. “Often, writers referred to hybrid groups or arbitrarily assigned subspecies to specific bio-geographical areas”, explains the researcher.

It should be noted that the extensive hybridization between different oaks is one of the factors that, throughout history, has made taxonomic classification difficult. Another is the high morphological plasticity of the species of this genus, with the existence of ambiguous characteristics – for example, different shaped leaves on the same tree.

More than simply “slotting” Quercus into more objective “drawers” of taxonomy, the nature detective work that Carlos Vila-Viçosa has been engaged in opens up new clues about the evolutionary biology of this botanical genus, whose oldest traces in Europe (pollen grains identified in Austria) date back about 55 million years.

Discovering the phylogenetic relationship between oak species and populations helps to reconstruct their “family tree” and to understand how they behaved and evolved in time and space. Finding out about Quercus‘ long past, in which they faced extreme climate changes, will help to establish predictive models for their future dynamics, and anticipate scenarios about their evolution and how their populations could be affected by the pressures arising from climate change, which is much faster today than in the past.

These models, together with objective and detailed information on each taxonomic group (species, subspecies or hybrid), their dynamics, areas of habitation and communities with which they share habitats, constitute structural knowledge for decision making on risk mitigation and the conservation of biodiversity.

The conservation of Portuguese oaks, particularly the rarer ones, can – and should – benefit from this knowledge. However, there is still a long way to go, as illustrated by the specific case of the rarest species of oak naturally occurring in our country.

Algerian oak: the rarest of the Portuguese Quercus

If the Algerian oak were a fluffy friendly animal, like the Iberian lynx, says Carlos Vila-Viçosa, there would be more pressure to become familiar with it and act to prevent the extinction of Quercus canariensis.

The preservation of this species needs as much attention as the Iberian lynx (Lynx pardinus), but doesn’t receive it. Not even the rare Monchique oaks or small groves are marked on the ground to reduce the risk of getting lost.

“During my fieldwork, I have identified some and there is an association – Rewilding Sudoeste – that is doing an excellent job in this regard. It has even identified some groves in unprotected areas. But as for the competent authorities, there is no-one drawing attention to these oaks.”

Carlos Vila-Viçosa has been doing a lot of fieldwork on the Costa Vicentina and Serra de Monchique. In this part of the country, he has also worked as a consultant for The Navigator Company on a programme for the recovery of the Algerian oak, which is based on propagating the seed in a controlled environment and returning it to the land, so that new trees can grow.