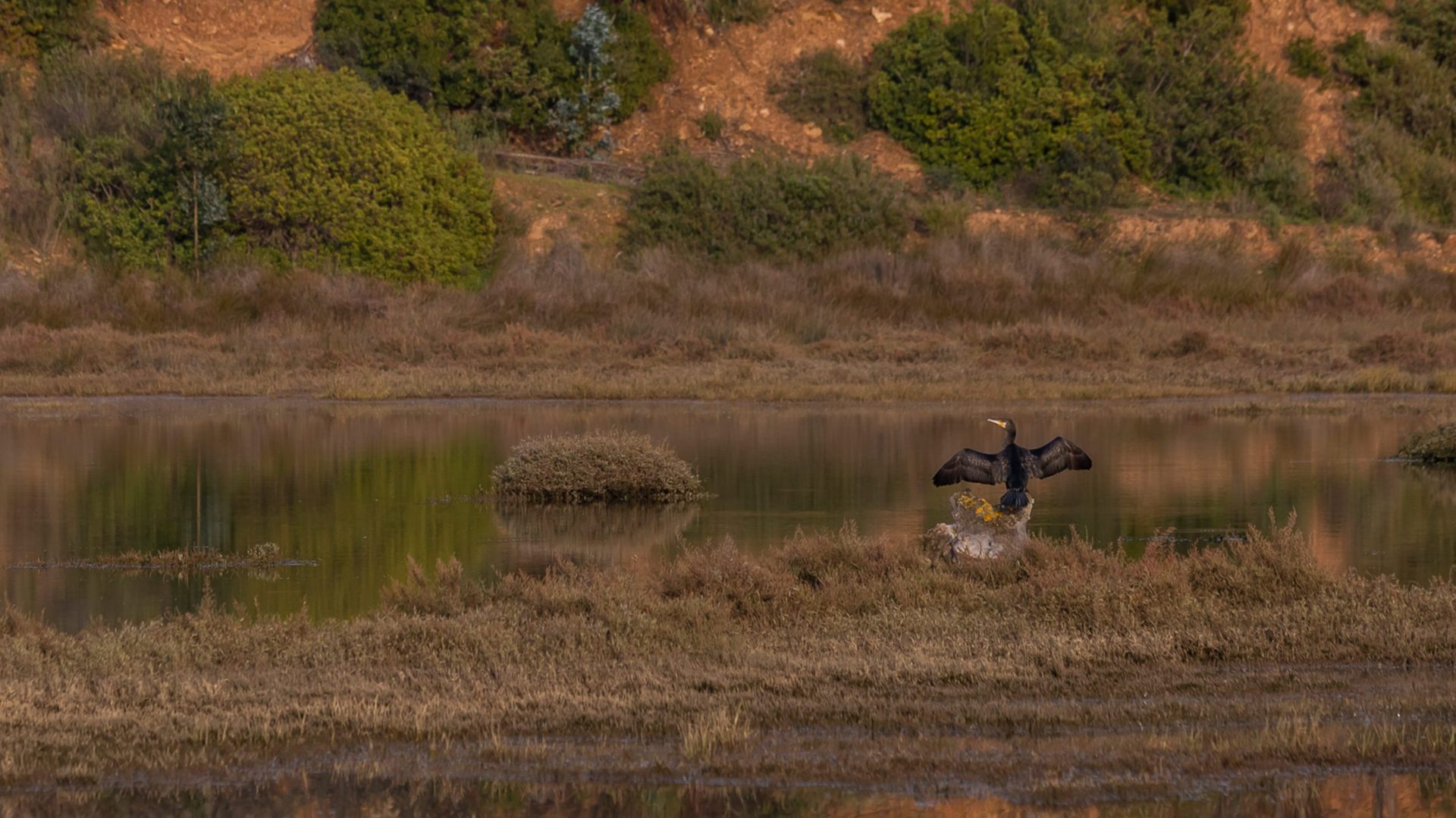 Biodiversity conservation at The Navigator Company

Biodiversity conservation at The Navigator Company has been integrated into day-to-day forestry operations. The result? Properties in which eucalyptus, oak, riparian forest and multiple habitats, with birds of prey, otter, deer and small amphibians, among many others, find conditions to thrive.

This is a far cry from the idea that, on properties set aside for eucalyptus plantations to produce pulp and paper, there can be no rare habitats, water lines protected by dense vegetation, other species of flora, or diversity of fauna and other natural features. Not only is this diversity possible, it is also desirable for the balance of ecosystems. This is, therefore, an essential pillar of sustainable forest management.

When the concern for biodiversity is integrated in a natural way, across all operations and with a concern for preserving existing habitats and species, the numbers speak for themselves: of the approximately 105 000 hectares managed by Navigator in Portugal, more than 11.8% are in areas of interest for conservation. Of these, 4075 hectares are classified as protected habitats by the Natura 2000 Network (rare, threatened or vulnerable habitats, according to European Union guidelines) and 1655 hectares are High Conservation Value Areas (HCVA) – for example, areas with priority habitats for conservation, which are in a favourable (not degraded) state and which are critical for the existence of a given species.

One of these High Conservation Value Areas can be seen in Vale de Beja, for example. It is a grove of Portuguese oak (Quercus faginea), a Natura 2000 Network habitat (9240 – Iberian oak groves of Quercus faginea and Quercus canariensis) whose conservation status in Portugal is unfavourable and which in Vale de Beja exists in large dimensions and is well-preserved. The priority here has been to maintain this HCVA and increase its area, reclassifying new areas of oak and creating ecological corridors between the different identified habitats.

In this and other Navigator forest areas, more than 800 species and subspecies of flora and 245 species of fauna have already been identified (March 2022). While the majority do not have a threat status of concern, 53 are in this category and 21 are classified as near threatened – with 36 considered “Vulnerable”, 13 “Endangered” and four “Critically Endangered”. An example of the latter group is the Algerian oak ( Quercus canariensis), an endemic species from the south-west of the Mediterranean, with less than 300 specimens in Portugal, but is identified in two properties managed by Navigator.

Bonelli’s eagles (Aquila fasciata), large birds of prey with a characteristic white belly, are “Endangered” species that can be seen on several Navigator properties in the south-west Alentejo and Algarve. They are common visitors, as they nest in large trees in these forests, particularly in ancient eucalyptus trees.

A “triangle” for biodiversity at The Navigator Company

These conservation zones and the survey of habitats and species to be found on properties do not arise by chance. It all starts with the Biodiversity Conservation Integration Strategy developed by Navigator more than a decade ago, as part of sustainable forest management certification.

The assumptions of the Strategy make it possible to create, in practice, a kind of “triangle” that guides the approach to biodiversity at The Navigator Company, divided into three strands: identify, manage, and integrate:

Challenges for the future

In addition to the internal Biodiversity Conservation Strategy – which is constantly evolving to anticipate and respond to various challenges, including the Sustainable Forest Certification Standards – Navigator has been a signatory to act4nature Portugal since 2020. This commitment, in an initiative of the Business Council for Sustainable Development (BCSD) Portugal, aims to mobilize companies to protect and promote biodiversity, and reverse its decline.

The balance between ecosystems, encouraged in an integrated way on each property, means that among the eucalyptus stands one can find roe deer, fallow deer, hare, and several species of micromammals (as indicated by the preliminary results of the WildForest project, led by the University of Aveiro) in addition to several insects (such as the endangered stag beetle) and a great diversity of birds. Their presence is favoured by the most diverse and natural environments in the eucalyptus plantations.

The results of the monitoring carried out over time confirm one of the main priorities of the Strategy: the values identified on the properties were maintained and, in some cases, improvements were recorded.

What about the future of biodiversity at The Navigator Company? On the one hand, the company intends to continue reinforcing the three current strands – identify, manage, integrate – and continue to invest in the protection and restoration of areas of particular natural value by further integration of conservation in all forestry activities. On the other hand, the strengthening of sustainable forest management raises the need for a new point of action, in line with new international trends in the management and compatibility of natural values. The “triangle” thus becomes a “square”, with a new challenge: quantifying natural capital in terms of ecosystem services. It will therefore be possible to perceive the gain in biodiversity obtained through the protection and conservation initiatives implemented.

This is a complex challenge, especially given the large number of properties and ongoing actions, as well as the lack of common assessment indicators. Nevertheless, some projects under development are providing some answers, albeit on a very small scale.

This is the case, for example, of quantifying the gains in biodiversity resulting from the restoration of oak groves in Vale de Beja. The project, developed by the Faculty of Sciences of the University of Lisbon, uses micromammals as an indicator of these gains. But it will be necessary to find new approaches for an assessment with several other dimensions that can be scalable to all areas managed by the company – more than 1200 forest properties. This will certainly be one of the next (giant) steps to be taken in favour of biodiversity at The Navigator Company.