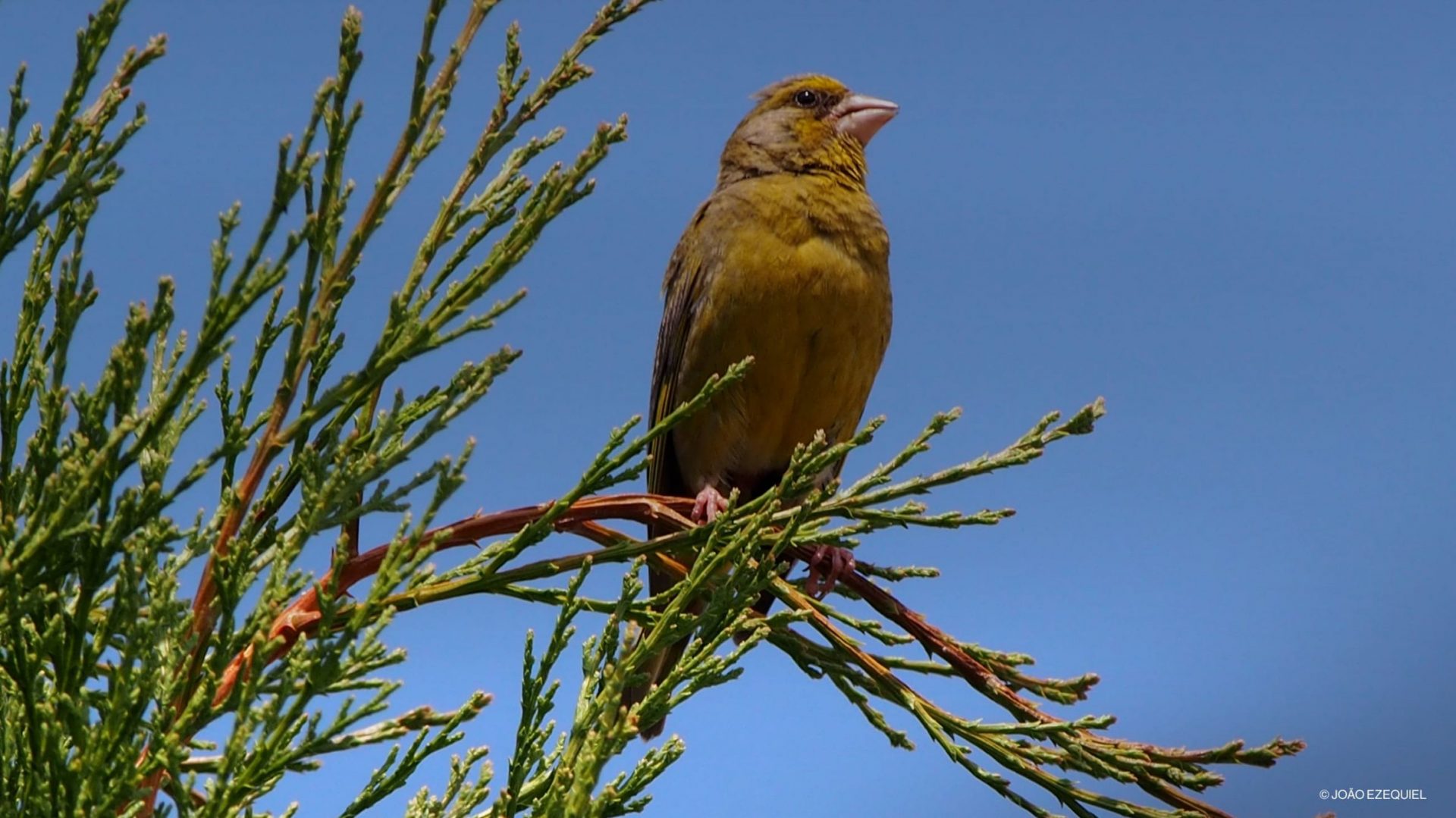 Strikingly green in colour, the greenfinch (Chloris chloris) is a very sociable bird and tolerates the presence of humans very well, nesting in urban gardens and parks. It is also a regular visitor to vegetable gardens, orchards, and the edges of forests, all places where its singing can be heard.

The greenfinch is a small bird of the order Passeriformes (small birds similar to the sparrow, Passer), which belongs to the finch family—the same as chaffinches, finches, serins, and canaries. It is a very sociable bird that flocks together during the winter and lives in various habitats, as long as they are wooded, such as small forests, vegetable plots, orchards, gardens, and the edges of forests. It resides in Portugal, where it has spread throughout the country, occurring most frequently in the central coastal area.

It is very easy to recognise a greenfinch by the green or yellow-green tones of its plumage, with distinctive yellow markings on the primary feathers (the outer layer) and the edges of the tail, and also because of its magnificent song. Females are similar to males, but have fainter tones.

Another distinctive characteristic of the greenfinch is its singing. It sings melodiously and vocalises practically all day long. From February and early March, its mating call can be heard.

The breeding season starts in late March or early April and may last until August. It builds its nest in trees, bushes, or hedges, usually choosing species with very dense foliage, such as cypress trees (Cupressus spp.). The bowl-shaped nests are open (similar to those of canaries) and made of grass, moss, plant fibres, fur, and feathers. In it, the female lays four to six eggs which are incubated for 11 to 15 days, exclusively by the female, who is fed by the male. The chicks leave the nests after about 17 days, but continue to depend on parental feeding for some time.

During the nesting season, the greenfinch may enhance its diet with small invertebrates, but its diet is mainly based on seeds, ripe berries, and shoots. The thick and conical beak of this species is testament to this diet, typical of granivores (animals that feed mainly or exclusively on seeds).

Although it is an abundant bird in Europe and its conservation status in Portugal is Least Concern, according to the IUCN – International Union for Conservation of Nature Red List, populations in Northern Europe have suffered a significant decline, due to a new disease (caused by the protozoan Trichomonas gallinae). 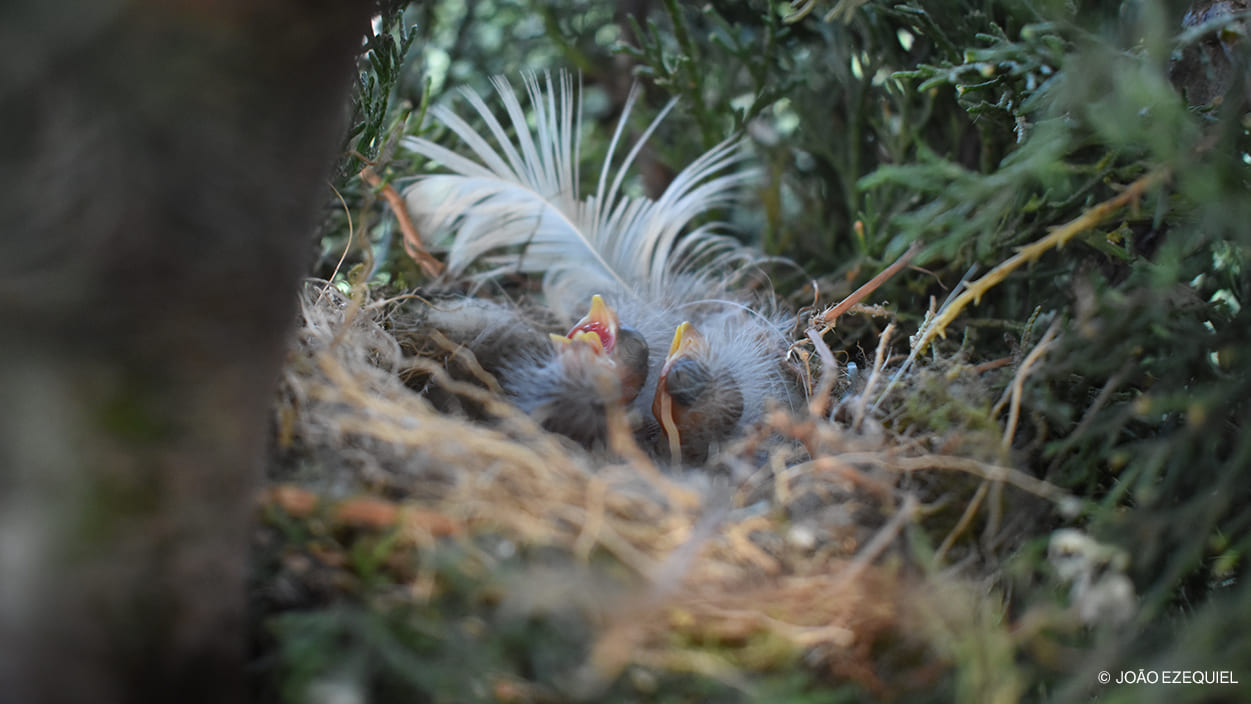 How do we look after the greenfinch?

The greenfinch has been identified on 55 properties managed by The Navigator Company, from north to south Portugal, mainly on the edge of forests and in (or close to) open woodlands, which are the preferred habitats of the species.

Forest management and the conservation of the greenfinch are made compatible by establishing Areas of Interest for Biodiversity Conservation. The management of these areas aims to maintain or improve the conservation status of habitats that provide feeding, refuge, and breeding conditions for this and other species, forming ecological corridors that favour their natural spread and genetic exchange between populations.

The greenfinch is also common in the 14 hectares of the Quinta de São Francisco estate, near Aveiro, a confirmed nesting site for this species (video and photo above). It can easily be spotted singing on top of buildings, on electrical wires, and on the outermost branches of trees, especially in the early morning and late afternoon. This species does not require special care, so the maxim is to let nature take its course, avoiding any intervention during the nesting season that could disturb its breeding and its young.