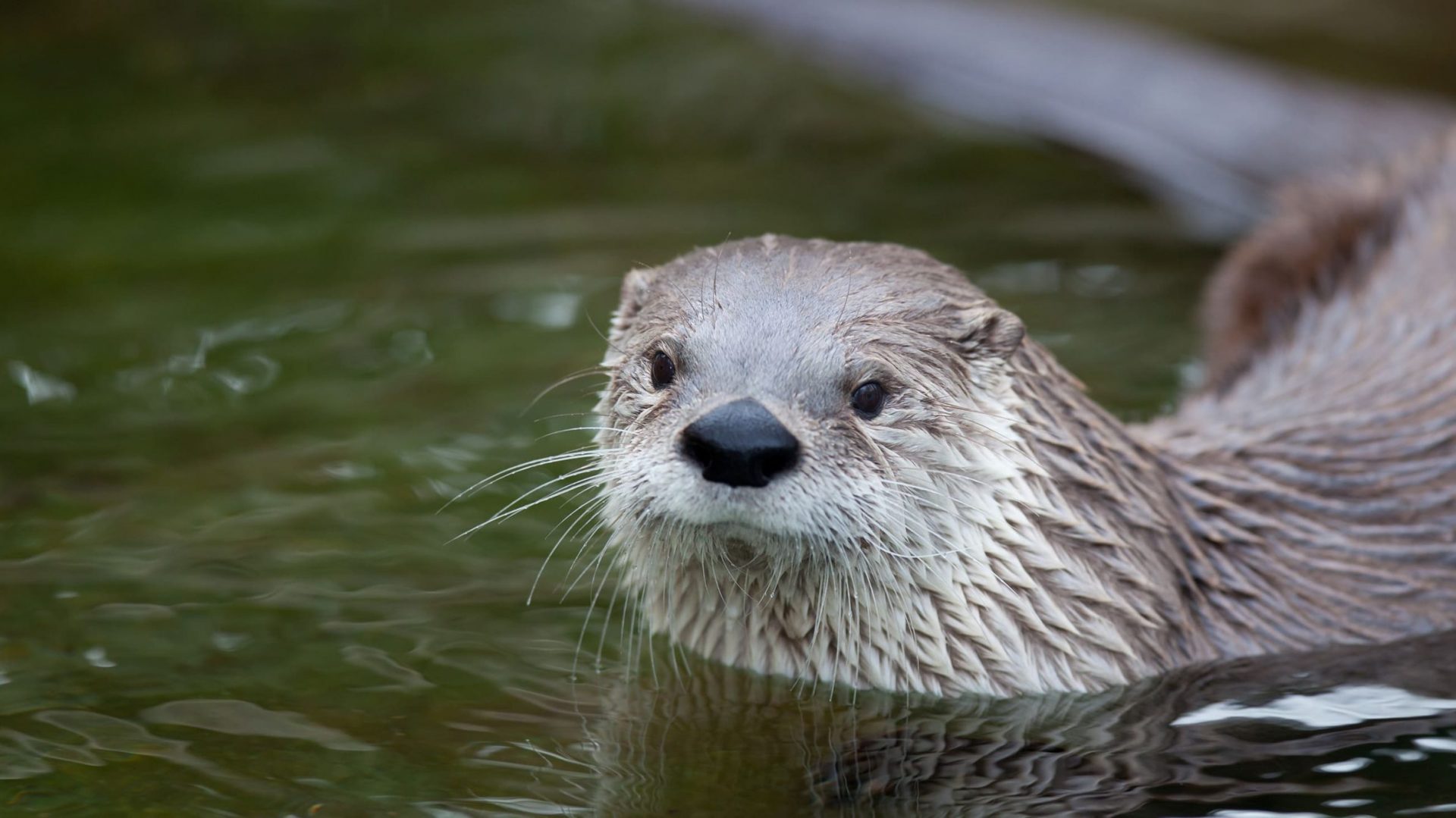 Despite being a common species across Portugal, it is not always easy to observe the European otter. The fact that it is a nocturnal species and that its burrows often have submerged entrances makes it difficult to see them.

Lutra, known as the European otter, spends much of its life in the water. They are excellent swimmers and divers, and they spend most of their time in rivers, lakes, streams, canals, marshes, small reservoirs, estuaries, or even in saltwater environments. It spends so much time in water that it only goes to land when it needs to rest or reproduce.

Therefore, water is a crucial feature in the habitats of these mammals, but there are other common denominators in the environments that are most favourable to them: abundant vegetation cover, great availability of food, and a diverse variety of shelters. They dig their burrows in areas adjacent to waterways – often taking advantage of rock cavities – and it is not uncommon for the burrows to have submerged entrances.

One of the secrets that explains how this mammal is so well adapted to aquatic life is its fur, which is dense and waterproof. Its long tail is also an important “navigation” tool: a rudder that guides the direction of its movements. Its webbed paws allow it to swim quickly, and its flattened head – with its narrow snout, small ears and eyes – allows it to move almost invisibly.

Being a top predator in its habitats (it has no predators), Lutra lutra is a carnivorous species that bases its diet on fish, crustaceans, and also on small mammals, birds, and reptiles.

Although it is a very common and widespread species in Portugal – where it has “Least Concern” conservation status – European otter populations are under pressure in some regions of the globe, which is why the species is internationally classified as a “Near Threatened” species. The expansion of the species in Portugal may be related to the introduction and growth of the red crayfish ( Procambarus clarkii ), an invasive species present in most Portuguese river basins, which represents an abundant food source for otters.

How do we care for the otter?

The otter is a relatively common mammal in several of The Navigator Company’s forest areas. It has been identified practically everywhere in mainland Portugal where the company is present, from Mogadouro, Santo Tirso, Arouca, and Malcata, further north, to Monchique, in the south, passing through Gavião, Nisa, Monfurado, the Sado Valley, and Southwest Alentejo. In the video, the night images were captured in Caniceira (district of Santarém).

In these forestry properties, otters inhabit waterways that benefit from vegetation strips of up to 30 meters (riverside or riparian galleries), where human presence and activity are reduced to a minimum. These are riverside galleries reserved for the protection of waterways and their habitats, in which the priority is to preserve the vegetation cover and natural regeneration. “Wherever possible, nature follows its course without human intervention and action is taken only in cases where regeneration brings obvious benefits”, explains Nuno Rico, responsible for monitoring and managing biodiversity at Navigator.

In addition to mammals, these galleries are “home” to several other groups of animals, including fish, amphibians, and macroinvertebrates (such as insects). The “health” of these ecosystems largely depends on the species of flora that are specfic to them, some of which are considered priority habitats for conservation within the scope of the Natura 2000 Network, as is the case of riparian forests, integrated in the “Alluvial forests of Alnus glutinosa and Fraxinus Excelsior ” ( code 91E0 ). These riparian habitats are essential for regulating soil fertility and erosion, carbon retention, and freshwater recirculation among other ecosystem services.