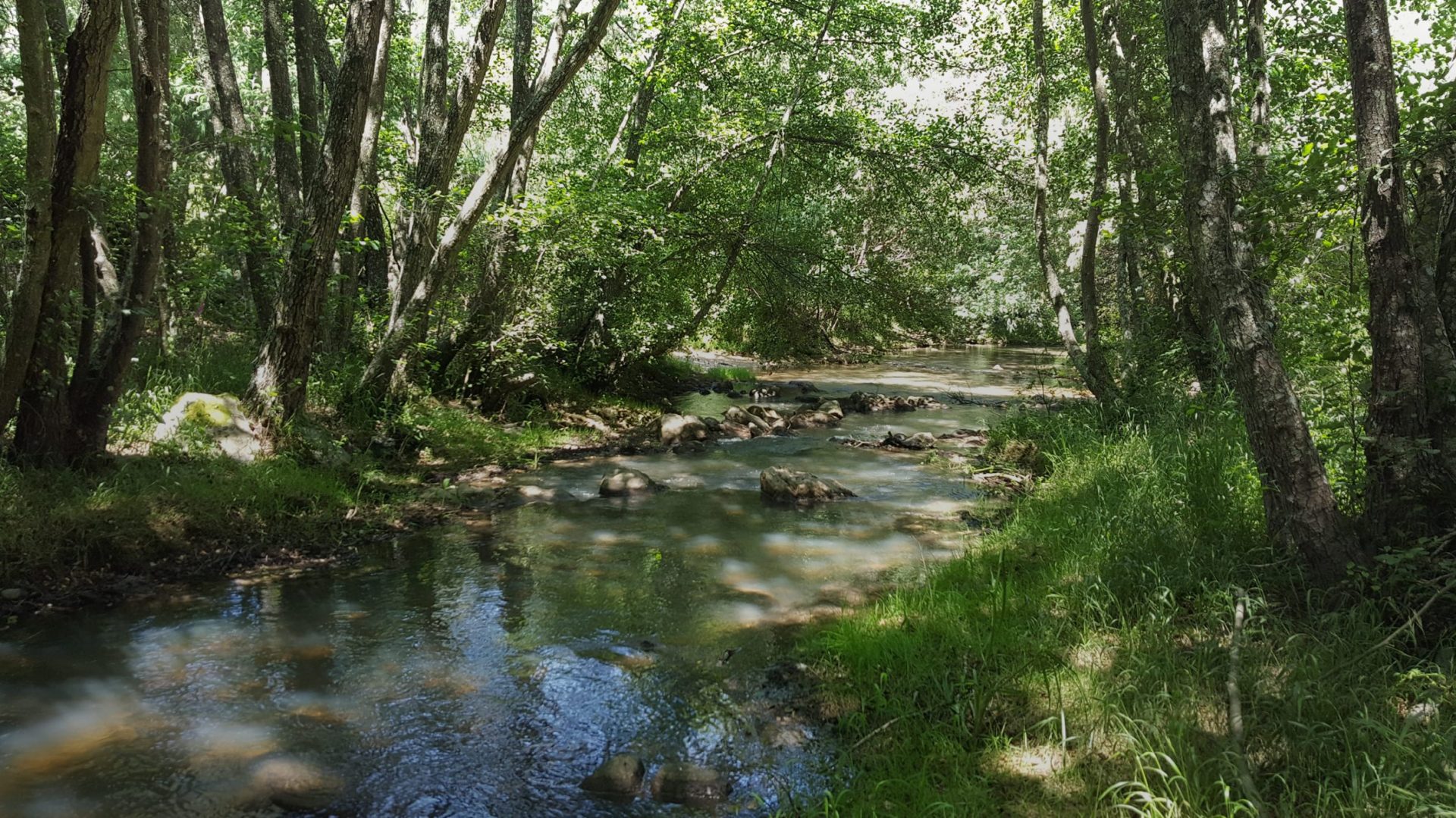 Riparian forest is a characteristic habitat of the banks of permanent rivers and constitutes a transition zone between aquatic and terrestrial ecosystems. Dense, cool, and shaded, it is home to countless forms of life and this is just the most visible part of its high ecological value.

The forests that line the banks of rivers are recognised as important for the natural balance of ecosystems, both aquatic and terrestrial, since they provide shelter, protection, food, and optimal conditions for countless species to reproduce.

Riparian forest is a habitat typical of these transition areas between water and soil, also known as riparian or riverine galleries. Common throughout Europe and extending to south-east as far as the Aegean Sea, this habitat can be found in most Portuguese river basins, with the exception of the Guadiana, although several human activities – including water extraction – have reduced some galleries to thin tree lines.

The alder (Alnus glutinosa) is key to the identity of the riparian forest, but these shelters of life on the riverside bring together a very rich flora, including species such as the narrow-leaved ash (Fraxinus angustifolia), the laurel (Laurus nobilis), the alder buckthorn (Frangula alnus), the common hawthorn (Crataegus monogyna), the elderberry (Sambucus nigra), the white willow (Salix salviifolia) and the grey willow (Salix atrocinerea).

Amphibians particularly benefit from this diversity, as their life cycles alternate between aquatic and terrestrial environments. Examples to be found in this habitat include the common toad (Bufo bufo) or the gold-striped salamander (Chioglossa lusitanica). Although less dependent on the aquatic environment, reptiles such as the pond tortoise (Emys orbicularis) and the Iberian emerald lizard (Lacerta schreiberi) also live there. Among the mammals that feed in riparian forests and make use of the seclusion there to breed are the European otter (Lutra lutra) and the Iberian desman (Galemys pyrenaicus). Birds such as the kingfisher (Alcedo atthis), the sand martin (Riparia riparia) or the bee-eater (Merops apiaster) also find optimal conditions in this habitat to nest or seek shelter during migrations.

Essential to the survival of various species, the riparian forest habitat works as an ecological corridor, which favours the natural dispersion of species and genetic exchange between populations. But its ecological value is reflected in several other ecosystem services, which has contributed to the classification of the alluvial forests of Alnus glutinosa and Fraxinus excelsior (code 91E0) as one of the 17 habitats with priority interest for conservation by the Natura 2000 Network – the network of areas designated for the conservation of wild, rare, threatened or vulnerable habitats and species in the European Union. Riparian forests are one of the subtypes of these habitats (91E0pt1). 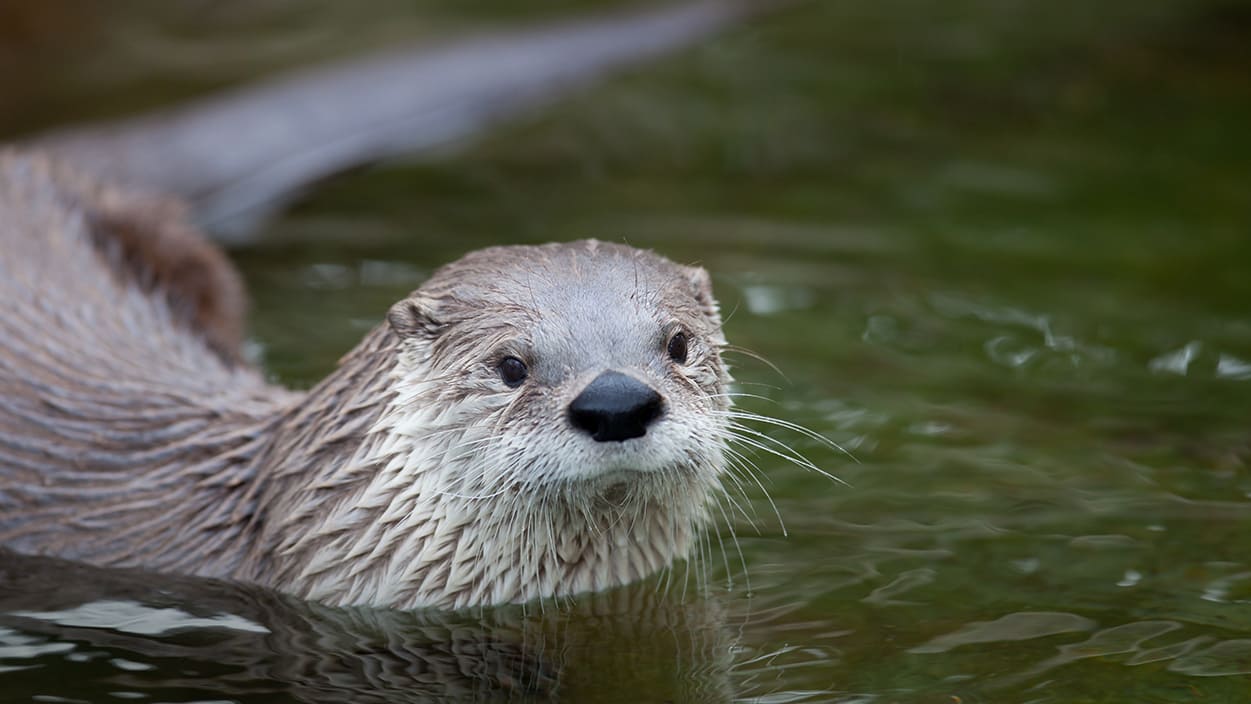 How do we preserve the riparian forest?

In the 105 000 hectares of forests managed by Navigator, there are several watercourses surrounded by riparian galleries, which extend over approximately 200 hectares. The most extensive habitat with a predominance of riparian forest is located in Caniceira, in the district of Santarém. Protected by Rede Natura and located in an Area of High Conservation Value (AHCV), this habitat is protected by good management practices that follow the maxim “let nature take its course” and that have marked off strips of land where human footfall is limited.

Even generic activities, such as clearing ground cover, for example, are reduced to essential activity only (such as removal of fallen logs, which could affect the flow of the river). This also happens when assessing the health of species and habitat (rotten or diseased trees), the control of potential invasive species, or the need for improvements (thickening, for example) in areas where the vegetation has been reduced.

The results of this action are particularly visible on the aforementioned Caniceira property, where the density and biological richness of riparian forest is visible in the many species that take refuge, feed, and breed there. The European otter is one of the most iconic examples and, despite being a reserved mammal, it has been observed several times (and even filmed in night shots) on this Navigator property.